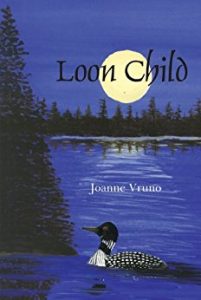 Tom Jackson lived his life grieving in seclusion after the loss of his wife, Katherine. His one reprieve was a nightly routine of fishing, heading out at sunset and trolling for muskies until dawn. That was until everything changed one night when he heard an unusual loon call. Never in a million years would he had guessed that mysterious event would lead him to a five-year-old boy named Joseph, abandoned in the wild lake area of northwestern Wisconsin.

As a school principal and parent himself, Tom could not fathom how anyone could abandon this innocent child. He soon found himself working with his best friend, Roy Hutchinson, the Sawyer County sheriff to unfold Joseph’s past, while unintentionally healing his own along the way.

“Loon Child is a sparkling debut for Joanne Vruno. The story is deftly handled, leading to a satisfying, yet still somewhat mystical, conclusion. Loon Child is a heartwarming read that will appeal to all ages.”
-Steve Alcorn, American entrepreneur, engineer, inventor, author, and teacher
“Joanne Vruno has created a story of love, spirit, magic, and mystery. Its setting is nature, and human nature is within it. For those of you who believe, you will know the manitou exists after reading Loon Child.”
-Don Shelby, journalist and author of The Season Never Ends 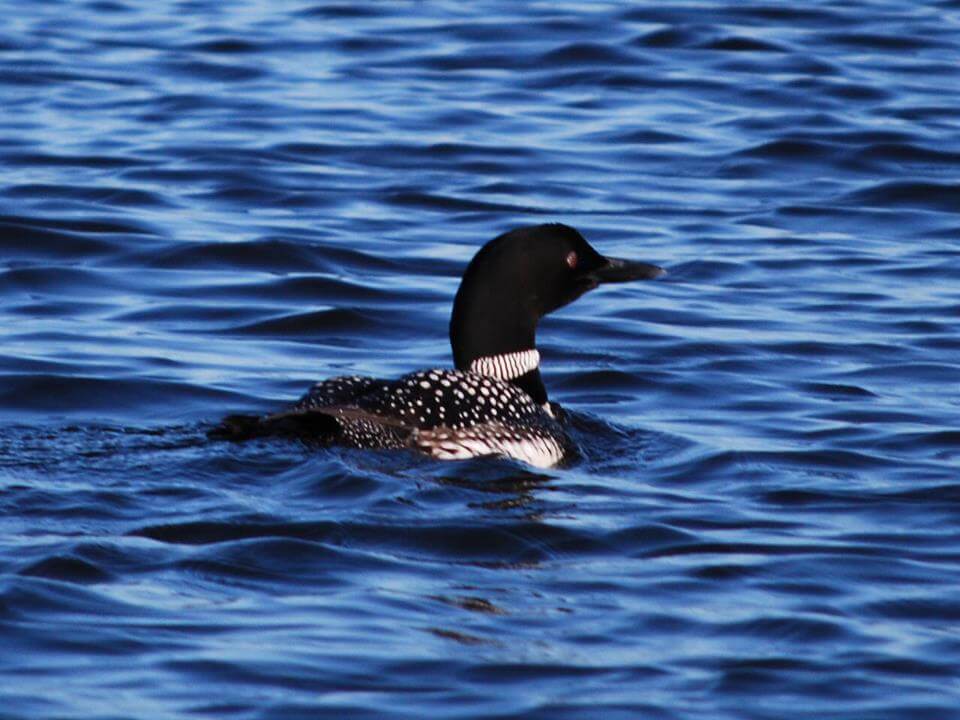 Loons can live up to 30 years.

Loons are born with brown or dull red eyes, upon adulthood they turn bright red. A loon also has an extra eyelid to help clean their eyes by blinking.

Loons have very powerful legs that extend off to the sides of their body. This helps them propel and steer their movement similar to an oar of a boat.

The loon’s body is heavier than other birds their size. For a loon to fly their wings are built with more curvature to allow more lift.

Loons are spectacularly diverse. Loons compact their feathers before diving to release extra air. A loon’s dive averages 30-90 seconds and 30 feet in depth. It is thought they can dive up to 150 feet.

Loons have four distinct calls: the wail, the tremolo, the yodel, and the hoot. Due to a loon’s large territory that can span up to hundreds of acres, a loon’s call is much louder than other birds. Loons are known to call before and after sunset.

The wail sounds like a wolf howl. It is known to call their mates and young together.
The tremolo is known as the laughing call. It is usually heard during the daytime as an alarm when they feel threatened.
The yodel is a danger or warning call male loons make when defending their territory.
The hoot is a short, single note, usually given to family members to watch for danger while one is diving.

Loons build nests with their mate on land close to the water’s edge. A loon will lay two large thick-shelled eggs in the Spring. Both parents take time incubating the eggs. The new chicks may not touch land again until they are old enough to mate which is usually 4-6 years of age. When young chicks get tired they will ride on the backs of their parents.

If you are interested in learning more about loons, I would recommend you read: Fascinating Loons, by Stan Tekiela.